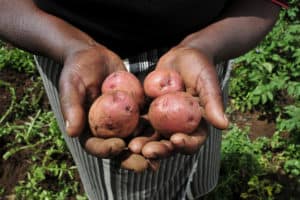 Hearts and Minds is working to educate the public about the growing, global crisis caused by rising food prices. They are building a large scale campaign to deal with the growing tragedy.

A problem that can’t be ignored

From 2005 to 2008, global food prices have increased by 83 percent. Wheat is up an astounding 181 percent. It costs 120 percent more than just one year ago, contributing to a doubling of the cost for a loaf of bread in many parts of globe. Other staple crops such as corn, soy and rice are up more than 50 percent over the last year. The price of rice has risen more than 75 percent in the last two months alone.

Serious food riots have erupted in many countries around the globe. For example, after a series of food related riots in Haiti, senators dismissed Prime Minister Jacques Edouard Alexis and therefore resulting in the dissolution of the government. Haiti’s riots were caused by a 50 percent increase in staple foods such as rice, beans, fruit and condensed milk.

The World Bank estimates that up to 33 countries could face civil unrest resulting from the rise in global food prices.

The United States, the world’s wealthiest nation, can do much more to help. Right now all our international food aid is purchased inside the United States and then shipped overseas. Out of every dollar spent on food aid, roughly 66 percent goes to transportation and administration. Allowing local purchases greatly increases efficiency and helps many of the world’s poorest farmers.

Agricultural development must be greatly increased. The U.S. agriculture aid has decreased from 11.4 percent of the total development assistance in 1983-84 to 2.3 percent in 2007. Spending on agriculture assistance dropped from 20 percent in 1980 to three percent in 2006. It is essential that we focus more aid on preventing disasters rather than just responding when they happen. Out of the1.2 billion in food aid to Africa in 2007, only $167 million was allocated to development projects compared to $1 billion for emergency food aid.

More private investment is needed to address this ever growing crisis. The Bill and Melinda Gates foundation presents one of the best outside efforts to help those in need. They have donated $306 million to increase crop yields along with $165 million to replenish depleted soils in Africa.

As demonstrated in the past, great change calls for great resources. National governments have much greater funds than all private charities put together, so they must play a vital role. To make this happen, Hearts & Minds will recruit thousands of citizen activists.

“We the people can change the world,” says Blackman. “We can influence government and private philanthropy to provide billions more dollars for the most ambitious, innovative and effective programs to help end extreme poverty and hunger worldwide.”

Hearts & Minds advocates a comprehensive platform: enhancing food safety nets, increased production enabled by use of improved seeds and fertilizers, adjustment of trade and tax policies including the elimination of export bans and price controls, increased regulation of speculators in global food markets, micro loans for the very poor to start their own small businesses, and increased investment in food aid specializing in greater agricultural development.

These strategies include many low-cost, proven methods that work directly with those in need, bypassing corrupt or inefficient bureaucracies. These solutions have already helped millions of people lift themselves from poverty. In order to continue these gains, we must respond to growing crisis of higher food prices worldwide.

The United States and other governments must be willing to provide further funds to food relief, more productive and sustainable agriculture. As food prices continue to escalate, so will these organizations costs.

“Today we have all the resources and methods to end extreme poverty and hunger worldwide,” says Dave Peterson, director of the Africa Program at the National Endowment for Democracy and chairman of Hearts & Minds’s governing board. “Our new campaign is working to raise public support to make it happen. “

Hearts & Minds is an all-volunteer, nonpartisan, nonprofit organization founded in 1996. More than 8.5 million people have already downloaded more than 32 million online articles from their website.