For Hearts and Minds Network, Inc.

Dave Peterson, Chairman, is a founding member of the Board, serving with us since April 1996. Dave is Senior Director of the Africa program at the National Endowment for Democracy, where he supervises six full time staff members and grants to more than 200 nonprofit organizations. Since 1988, his annual funding has grown from $200,000 to $7 million.

Mr. Peterson helps foster democratic political development in more than 20 countries with a total population of more than 450 million. He works with senior government officials and civic leaders to strengthen independent media, civic education, political parties, business, labor, human rights and other groups. He is deeply involved in troubled areas such as the Congo, Liberia, Nigeria, Sierra Leone, Somalia, Sudan and Zimbabwe.

Since 1978, Dave’s experience includes serving as executive director of Project South Africa for the A. Philip Randolph Educational Fund and work as a freelance journalist. He has Masters degrees from Johns Hopkins School of Advanced International Studies and Columbia University School of Journalism. Dave Peterson, in tan vest, monitoring elections in Nigeria with the National Endowment for Democracy

Katie Lusk, Secretary and Treasurer, joined the Board in January 2008. She also interned hundreds of hours at Hearts & Minds as our Manager of Editing, Fundraising and Volunteer Recruitment.

After graduating from Pepperdine in June 2006 with a degree in English: Writing and Rhetoric, Katie moved with her husband from Los Angeles to New York in October 2006. She has extensive professional publishing and editing experience. Katie has three children.

Katie participating in the Seniors for Change program she helped create

William “Bill” Blackman is founder and president of Hearts and Minds Network, started in 1996. He is also a founding member of the Board.

Since 1981, Mr. Blackman has worked with both small, new ventures, and large, well-established organizations, achieving exceptional results. For example, he was retained to help launch the American Institute of Philanthropy, now known as CharityWatch.org, working on strategic planning, publicity, copywriting and design. Within six months, AIP obtained substantial funding, membership, and coverage by more than 400 newspapers, radio and TV stations nationwide.

Bill offers his professional experience and skills to help hundreds of volunteers improve their opportunities for success in work and life. He is also a writer and photographer. 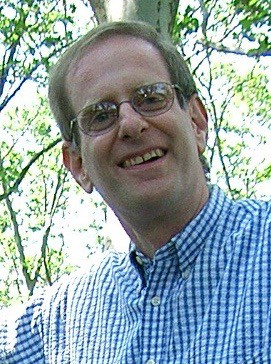 All Governing Board members serve on the Board without compensation. Along with many more volunteers, they share an interest in getting to the root of serious challenges facing us, helping communities locally and around the world, promoting new ways of understanding, fostering a strong sense of compassion and empowering millions of people to make effective, positive changes in our world.

Governing Board members can be reached here.